BACK IN EARLY June, the old building that houses the Seattle Police Department East Precinct on Capitol Hill became a focal point of protests after the killing of George Floyd in Minneapolis.

I remember sketching protesters when the whole area looked very much like a war zone. You couldn’t get anywhere near the building, as streets had been blocked with barricades to keep protesters away. When the tension led the police to abandon the precinct temporarily, protesters set up the infamous Capitol Hill Organized Protest (CHOP).

Months have passed, and a sense of calm has returned to the intersection of East Pine Street and 12th Avenue, but the block still feels far from welcoming on this cold February day. A concrete wall topped by a chain-link fence surrounds the building. A similar wall envelops the entrance to the police headquarters at Eighth Avenue and Virginia Street. Both barriers went up over the summer in response to continued protests.

Understandably, Capitol Hill neighbors have been asking for the concrete blocks to come down. They aren’t just ugly; they are intimidating. They also take over the sidewalks and make navigating the neighborhood harder. I hope they will be gone by the time you see these sketches.

This illustrated column was originally published in The Seattle Times on March 14, 2021. 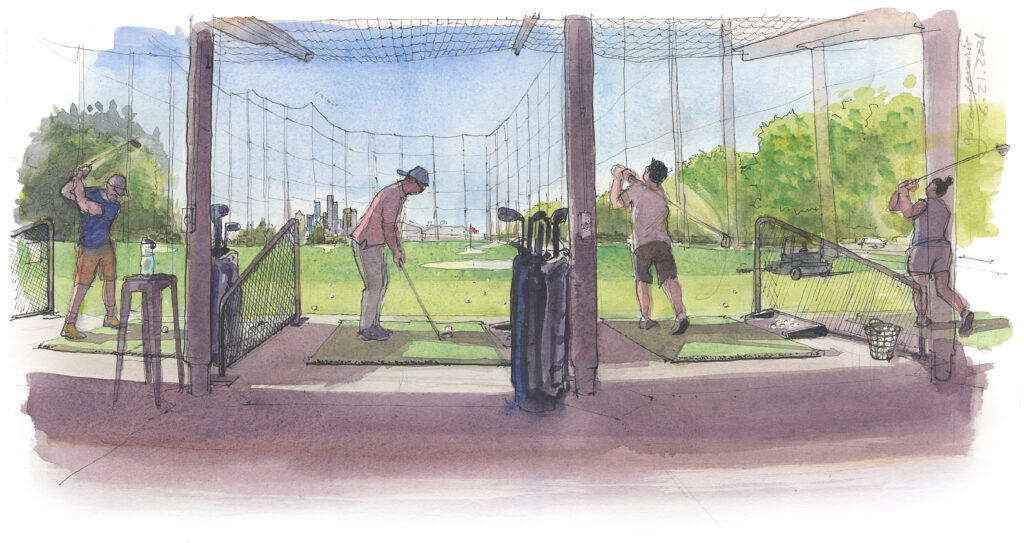 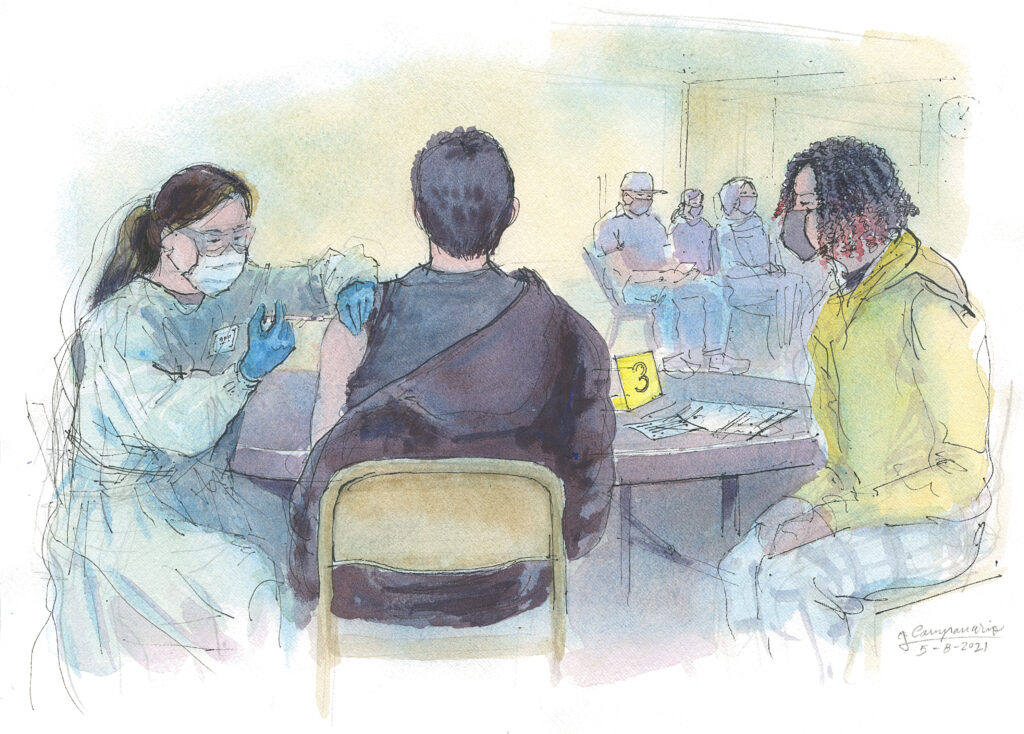 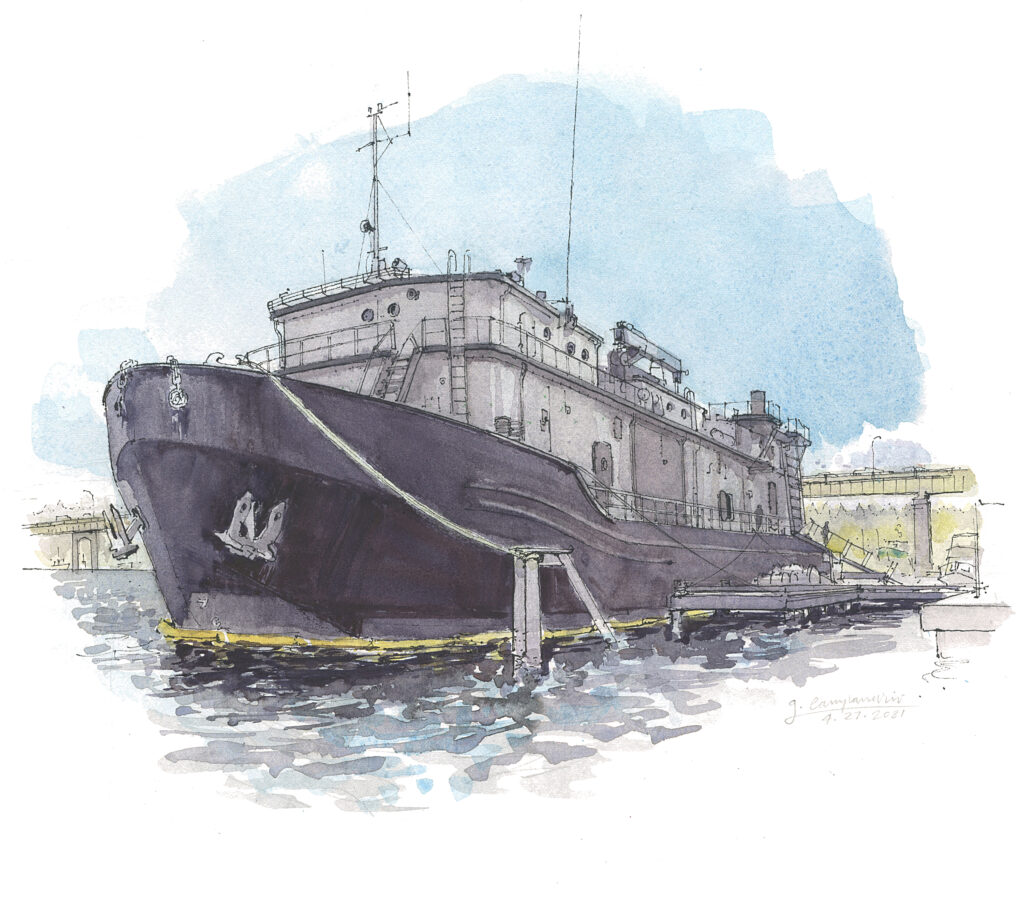 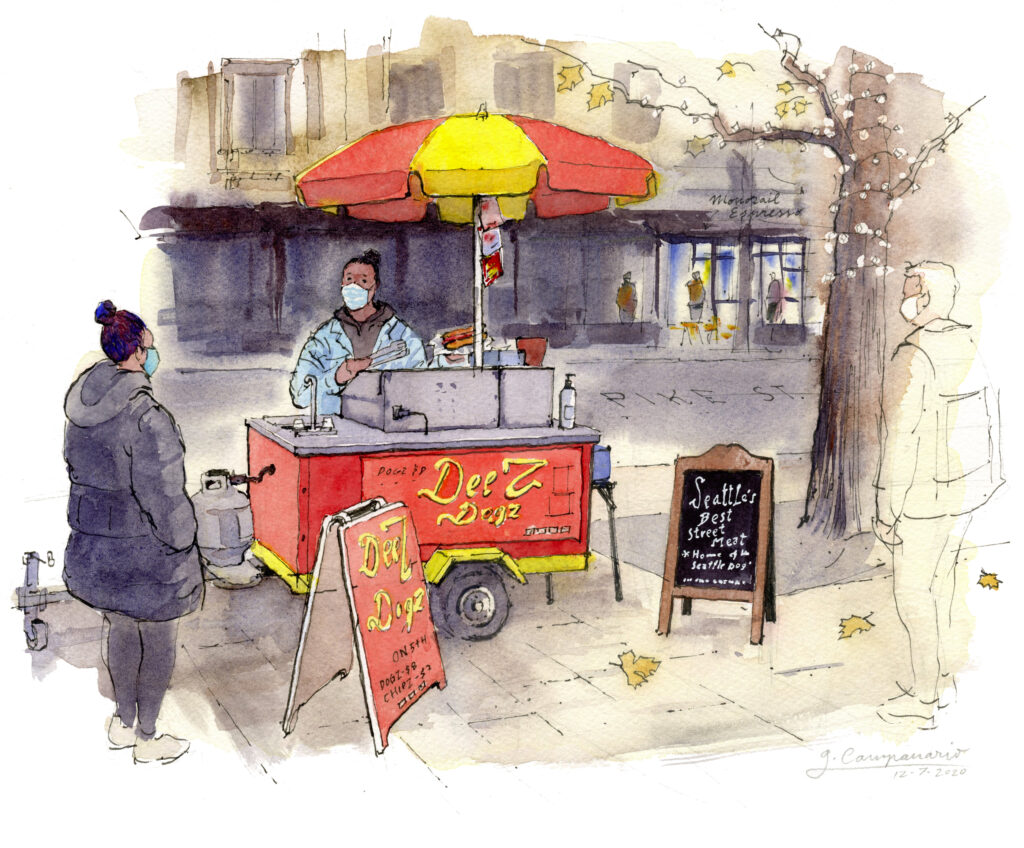 For the owner of Deez Dogz, it’s all about connection (and cream cheese)